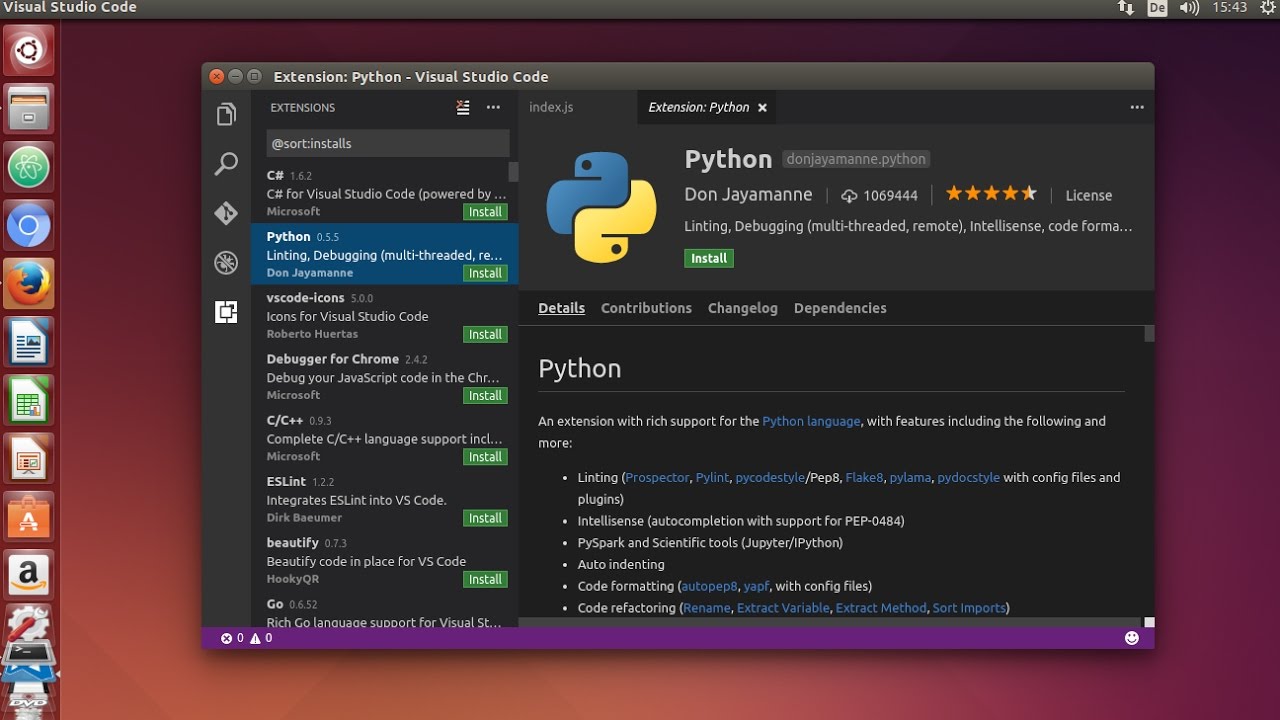 Microsoft Visual Studio Code is one of the famous source-code editors used by many people all over the world. This was developed to serve the purposes of debugging, the code refactoring, syntax highlighting and the embedded Git control. Some of the prominent languages supported by the Visual Studio Code includes JavaScript, JSON, C++, Java, PHP, C#, Python, SASS, HTML and Markdown. The prominent advantage of the VS code (Visual Studio) is that plenty of FTP extensions are present that can be used as an alternative for the web development

Linux can be easily termed as the leading operating system in the world while considering flexibility. This operating system ensures that the users can enjoy using various applications and games without the system getting hanged.  Linux requires low hardware support and can run decently even in old computers. The Linux distributions are always more secure when compared to the Mac and Windows. Another advantage of the Linux operating system is that it would allow the users to insert the CD and run into the memory of the system for testing purposes. You can find the pros of Linux Distribution systems.

After releasing the Visual Studio Code for the Windows and Mac operating system, Microsoft then released the version available for Linux. The Visual Studio Code is built with a mix of web-based as well as the open-source technologies that include Chromium and Github’s Electron app.  It is available to be easily installed using Ubuntu Make.

The best way to download and install the Visual Studio Code for Ubuntu-based distributions is to install the .deb package (64 bit). This can be done with the help of this command line sudo apt install. /<file>.deb. By installing the .deb package, the apt repository gets installed. The repository and the key can also be installed with the help of the scripts. Installing using the deb file of VS code is the easiest method to install the VS code on your Linux system. Once the .deb file is found in the Linux section of the VS Code official download page, you need to click the download option. Now the .deb file must be run on the Linux system and the file can be opened on the Ubuntu software. Finally, the file can be installed.

Users can also install the VS code Linux using the terminal. Here the Snap is used for the installation purpose. The commands will be sudo apt install snapd, sudo apt update, sudo snap install vscode -classic. After pressing the enter command after the above set of terminal commands, the VS code gets installed and you can start using the application.

The recent update has been the introduction of the Visual Studio code as a snap. The major purpose of this snap is to offer a seamless series of auto-updates for the users. Visual Studio Code has always been considered as the free lightweight code editor that completely supports the task running as well as the version control. With the help of snap, the Visual Studio Code is now available in the Linux operating system that would help in the debugging and the automatic code completion.